by Magic Special Events / Wednesday, 22 September 2021 / Published in Where The Magic Happens! 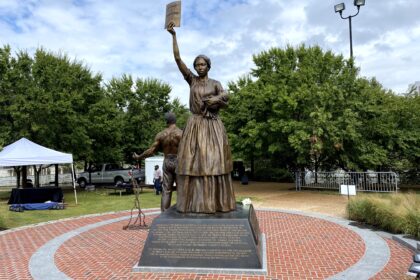 At 10:00am on September 22nd, two wonderful works of art were unveiled in Brown’s Island, in Richmond, Virginia.

The monument was a project of the Virginia Dr. Martin Luther King, Jr. Memorial Commission’s commemoration of the 150th anniversary of the Emancipation Proclamation and the abolition of slavery in the United States. 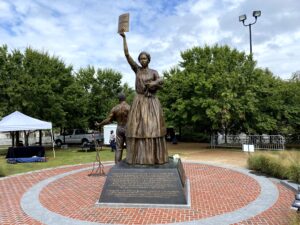 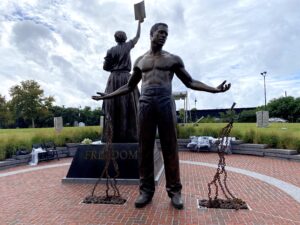 These statues represent the hard work and dedication of Virginia African Americans and their centuries long fight for freedom and equality. According to the MLK Jr. Memorial Comission, “The base of the monument features the names, images, and brief biographical information of ten African American Virginians whose lives were dedicated to Emancipation and freedom — five individuals from the period before Emancipation through 1865, and five who continued to work for freedom from 1866 to 1970.” 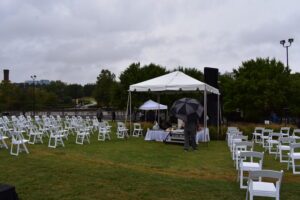 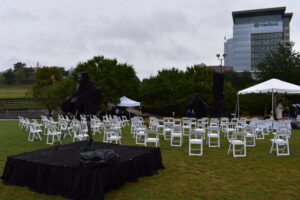 Our team was called upon to make the ceremony come to life. As a one stop all in one shop, Magic Special Events provided everything the Memorial Commission needed for a marvelous ceremony.

Magic’s team created a center stage for the performers who honored those who have fought for freedom in the past. We set the scene with seating to allow locals and supporters to witness the ceremony. We provided tents and large umbrellas for guest speakers and the working news media, during a mostly a rainy morning before the unveiling. 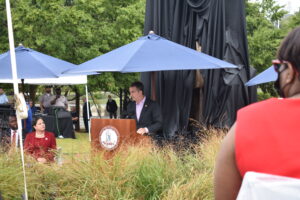 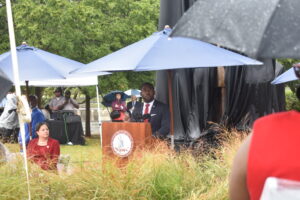 Dr. Lauranett L. Lee provided the keynote address to the public and the Elegba Folklore Society will performed a wonderful libation ceremony before the unveiling today. 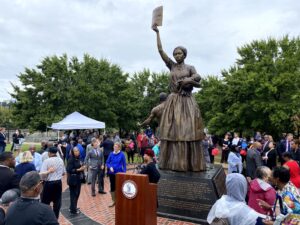 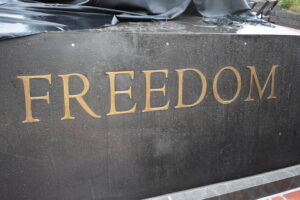 Magic Special Events was honored to take part in creating the ceremony for such a momentous event and being present to witness two statues tell the story of the important history we shall never forget.

Do you need help planning a special ceremony with an unveiling or grand opening? Magic is your one stop shop for affordable easy solutions!

What you can read next 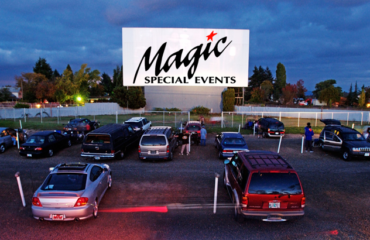 Host a Drive-In Movie Night! A FUN way to get everyone back together! 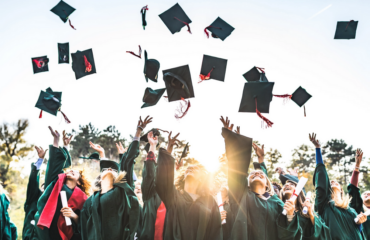 Let Magic set the stage for your big Graduation or Ceremony! 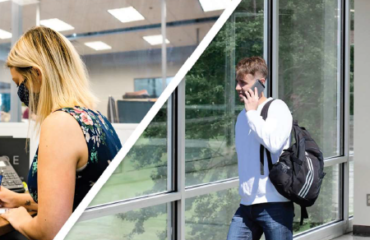